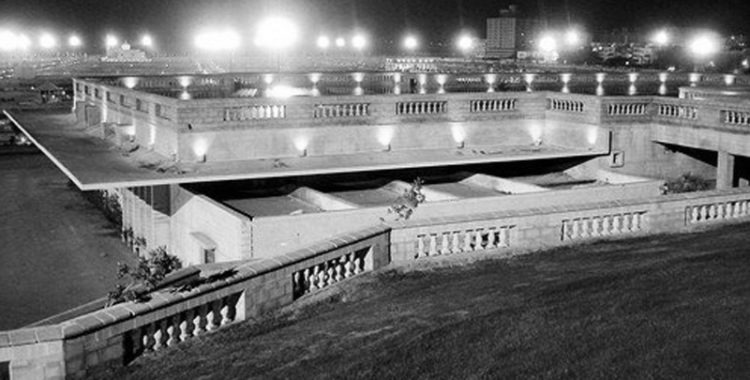 CP No. D-2598 of 2017 [Fahim Zaman Khan and Others Versus Federation of Pakistan and Others]

The Constitutional Petition was filed by PILER and other conscientious member of the civil society before the Honourable High Court of Sindh, to challenge the legality of Notification dated: 30.03.2017, Notification dated 21.11.2016, Agreement dated: 30.03.2017 and Maintenance Contract dated 16.03.2016, and 17.03.2016, through which, Bagh-e-Ibne Qasim along with the Aquarium situated at Clifton, Karachi, were handed over to the Bahria Town Private Limited by the Local Government Department. The petition was filed to restrain the Local Government and Karachi Metropolitan Corporation (KMC) from handing over any and all parks in Karachi to any organization including Bahria Town and to prevent Bahria Town from using Bagh Ibne Qasim for its own commercial purposes.

On 16 March 2016 the Director General of KMC handed over the contract to Bahria Town for the maintenance of Bagh Ibne Qasim to be completed within one year for a sanctioned amount of Rs. 1,73,25,000/-. However, the condition of the park deteriorated and became worse in this span of one year, as instead of carring out maintenance, Bahria Town has laid down sewerage lines throughout the land of the park for the Bahria Icon Tower Building. Later, the petitioners also found out that the CEO and other members of Bahria Town are using the park to land their helicopters.

The Sindh High Court in various petitions has already restrained Bahria Town Management  from taking over Bagh Ibne Qasim. The application was also filed by the petitioners, requesting the Court to direct Nazir to inspect Bagh Ibne Qasim with the assistance of an Architect and furnish detailed report regarding sewerage lines. The application was allowed through Order dated: 23.08.2017, and Nazir was directed to furnish his report within one month.

The Counsel for Bahria Town stated that they have not used nor will they use Bagh Ibne Qasim to land their helicopters. On this statement the Sindh High Court disposed of the application filed by the petitioners, seeking directions from the Court to restrain Bahria Town from using Bagh Ibne Qasim for landing their helicopters. Also, the interim report of Nazir was submitted, which indicated that some sewerage lines were place d underneath Bagh Ibne Qasim. The Court directed Nazir to submit its final report and the case was adjourned for hearing on the main petition.

On 10.10.2017, the Nazir submitted its Final Report, along with the Architect Report dated: 07.10.2017. Major discrepancies were found between Nazir Report and the Architect Report. In the Interim Report of the Nazir, it has been categorically mentioned that “a first duct of sewerage line was found at the rear side and adjacent to Bahria Icon, boundary wall, which was the back side entrance of Park Bagh Ibne Qasim, Clifton Karachi”. The Architect, Nazir and the Petitioner No.1 had observed that the said main sewerage line found connected beneath Bahria Icon Tower into the manhole situated adjacent to Bahria Icon Tower within a distance of nearly 6 feet. However, the Architect’s Report clearly contradicts the said fact by stating, firstly, the manhole was made for Madina Masjid and Behria outside surrounding/underpass-1 to drain storm water and secondly, there was no connection of sewage line with Bahria Icon Tower, which is completely false.

However, it is important to note that during the pendency of the case the Park Bagh Ibne Qasim has been restored.

The Petition is pending adjudication before the Honourable Sindh High Court.