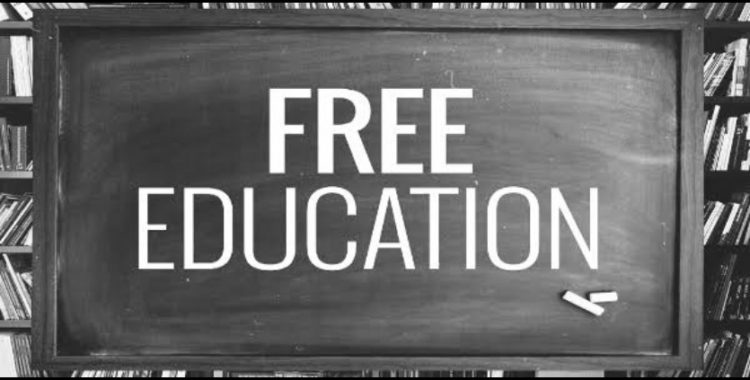 According to the Pakistan National Human Development Report of the United Nations Development Fund, News article dated: 03.05.2018, Economic Survey of Pakistan 2018-19 (chapter on education), Federal Ombudsman’s Report on Education Reform, and excerpts of the Federal Budget 2019-2020, the state of education in Pakistan tantamount to a human development emergency due to the following reasons:Pakistan is home to one the youngest populations in the world and it is the fifth most populous country in the world.
A report of the United Nations Development Fund has called attention to Pakistan’s youth bulge. If the present population is not enrolled in schools, it will not have access to meaningful employment, healthcare and adequate standards of living.
At the present rate of growth of school enrolment, it will take sixty years to attain universal school enrolment in Pakistan.
Only 1.06 % of the total national budget for 2019-2020 is education; out of this, a mere 3.66% of the education budget was allotted to primary education in 2019-2020.
Therefore, it is obvious that due attention is not being paid to the education emergency in the country and the lack of implementation of Article 25-A of the Constitution will have disastrous consequences for the nation. The Government of Sindh enacted Sindh Right of Children to Free and Compulsory Education Act, 2013 (Education Act, 2013), in furtherance of its obligations to implement Article 25-A of the Constitution, 1973.Sections 3(1) of the Education Act ensures free and compulsory education between the ages of five to sixteen years. Section 3(2) ensures that no child is liable to pay any kind of fee or charge or expense, which may prevent him or her from pursuing and completing the school education. Section 3(3) ensures that the privately owned or managed schools shall provide free education to at least 10% (ten percent) of their actual strength of students between the ages of give to sixteen years of age. Whereas, Section 6(1) to 6(3) obligates the Provincial Government; to ensure establishment of schools within such areas or limits as may be prescribed on the basis of feasibility prepared by the notified office; to encourage enterprises, institution and other segment of society by offering incentives to establish schools; and to establish a system of grants-in-aid to support the school attendance of poor students.Additionally, Section 9 dictates that the Provincial Government must make necessary arrangements for providing free and compulsory education and early childhood care for the children above the age of three years until they join the school for education. Whereas, Section 10 (a) and 10(b) obligate that all private schools be required to give 10% of their seats to children from disadvantaged groups, particularly those admitted from Class I and subsequent classes. Section 16 requires that School Management Committee be formed in all schools to ensure that the school works adequately, to ensure the attendance of all children in schools and to prepare the School Improvement Plan. Section 22 of the Education Act, 2013, requires that a Sindh Education Advisory Council be formed, comprising of those persons, having knowledge and practical experience in the field of education, child rights and child development to advise the Government on implementation of the provisions of the above Act in an effective manner.

However, independent reports as well as the Economic Survey of Pakistan 2019, all report that the Province of Sindh falls behind all other Provinces, where the literacy rates are rising, whereas in the Province of Sindh, literacy rates and rates of school completion are reported to have fallen further. Firstly, the education budget for Sindh was increased from Rupees 145 billion in 2014-15 to Rupees 202 billion in 2017-18. Education constitutes 20.6% of the total budget for the province of Sindh. Despite the same, there appears to have been no improvement in the education sector, which raises the question as to how the above budget was spent. Secondly, despite the formation of a plethora of organs including multiple directorates, the total number of primary schools has dropped from 40,155 in 2012-13 to 38,132 in 2017-18, and overall enrolment has also dropped from 2012-13 to 2017-18, without any reasonable explanation, and/or accountability of the above organs. Thirdly, according to the Pakistan Education Statistics, 6.67 million children were out of schools in Sindh as of 2016. Fourthly, according to reports, 67% of primary schools had unsafe buildings, 57.6% had no electricity, 45% had no drinking water, and 39% had no toilet facilities in 2016-17. Fifthly, female student enrolment has dropped overall and has also dropped moving from primary to secondary school. It is reported that only secondary school enrolment is only 15% of the primary school enrolment. Sixthly, according to reports, the Sindh government has no consolidated record of private schools and does not include private schools in its annual census of education for the provincial Education Management Information System (EMIS). Hence, Sindh is faced with an alarming education emergency and hence a human development emergency which may lead to disastrous effects, including but not limited to employment, access to healthcare and law and order problems.

Accordingly, RCCHR is going to be filing a Constitutional Petition, before the Honourable High Court of Sindh, in order to achieve the effective implementation of the Education Act.

The following documents are available to view online