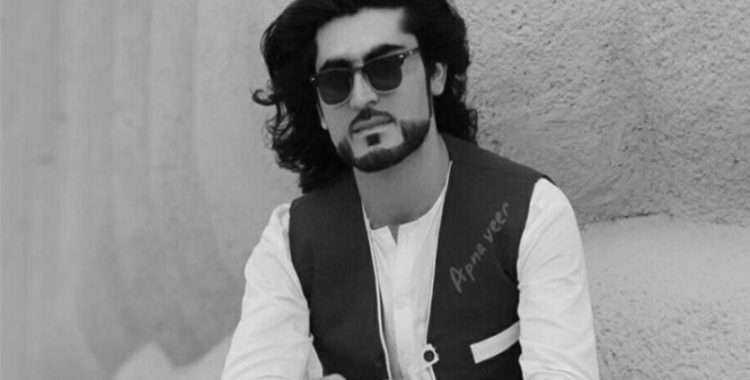 HRC No. 1949-K of 2018 [In the matter of murder of Naqeebullah Masood in alleged fake police encounter in Karachi]

On 18.01.2018, Complainant Manzoor Ahmed Pashteen, filed a complaint, addressed to the Honourable Chief Justice of Supreme Court of Pakistan, against Extra Judicial Murder of Naqeebullah Masood. Naqeebullah Masood was residing in Karachi since 2008 and aspiring to become a model. On 02.01.2018 he was apprehended by Counter Terrorism Department, Karachi (CTD) and was allegedly murdered by Rao Anwar, SSP Malir, on 17.01.2018.

The Honourable Supreme Court took Suo Moto Notice of alleged extra judicial killing of Naqeebullah Masood. In the course of proceeding before the Honourable Supreme Court, the Court Ordered Inspector General Sindh to submit a report regarding the alleged encounter of Naqeebullah Masood, which was submitted on 26.01.2018. The Court issued the notice to Rao Anwar, SSP Malir, to personally appear before this Court on next date of hearing and also ordered to place his name on Exit Control List (ECL). The IG Sindh also assured the Court that all possible efforts are being made to arrest Rao Anwar and others involved in this matter, however, he requested for more time and support of Agencies, such as I.S.I., M.I. and I.B. in this regard. The Court directed the aforementioned Agencies to provide their best possible support to Police Authorities for purpose of locating the hideout of the accused, Rao Anwar and procure his arrest. The Court also ordered IG Sindh to provide protection to the complainant and the witnesses.

In the Inquiry Report dated: 25.01.2018 the Committee has come to the conclusion that the police encounter that resulted in the death of Naqeebullah Masood was prima facie a fake/staged encounter. Further, Naqeebullah was illegal kept in confinement and was badly tortured. Despite RoaAnwer’spresistant claims, there is no evidence which suggests that Naqeebullah had any involvement in terrorist activities, in fact, Naqeebullah’s social media profile clearly shows that he was a liberal minded and fun loving person, with a penchant for modelling. It is also pertinent to mention here that no criminal record was found against Naqeebullah in Karachi, as stated in the letter from the office of the Superintendent of Police, NausharoFeroze, dated: 25.01.2018.

On 13.02.2018 the Human Right Cell of the Supreme Court received a typed letter (in Urdu), purportedly written by Rao Anwar in which he has requested that an independent Joint Investigation Team (JIT) be reconstituted to investigate the matter independently and protective bail may be granted to him till the JIT completes its investigation. The Court held that this request would be considered when Rao Anwar appears before this court on the next date of hearing and make this request in person. On the next date the IG Sindh informed the Court that on the evening of 13.02.2018 Rao Anwar got in touch with him on WhatsApp and expressed his desire to appear before this Honourable Court. However, he has failed to comply with previous Order of this Court by not appearing before it, therefore the Court withdrew its previous Order. The Sindh Police was directed to continue its efforts for the arrest of Rao Anwar and Agencies such as M.I., I.S.I., I.B., FIA and FC were ordered to submit their respective reports stating what support has been provided by them to Sindh Police.

On 12.03.2018 additional documents, including Summary of Police Encounter Cases of District Malir during tenure of SSP Anwar Ahmed Khan, Call Record of SSP Anwar Ahmed Khan and others at the time of incident, and Dawn Article titled ‘Dawn Investigation: Rao Anwar and the killing fields of Karachi’ dated: 16.02.2018,were submitted on behalf of the Complainant.

On 21.03.2018, Rao Anwar appeared in Court along with his Counsel and surrendered before the Court. The Order placing bar on the operation of his bank accounts by the State Bank was lifted and NADRA was also directed to unblock his CNIC. The JIT was also constituted to investigate the matter initiated vide FIR No.40/2018. However, the request for the grant of protective bail was rejected and the Police Officials were directed to take him in custody outside of the Court. The IG Sindh was also directed to protect the life of Rao Anwar during the period of his custody with police. The JIT was also ordered to conduct the investigation fairly and conclude it expeditiously without being influence by any proceeding/orders passed by this Court in the past or by any adverse media coverage. However, the court ordered that Rao Anwar name will remain in ECL till further orders are pass by this court.

The Counsel for Roa Anwar had moved Application HRMA No. 813 of 2018 for the removal of the Applicant’s name form the Exit Control List.  On 10.1.2019, the Honourable Supreme Court of Pakistan held that the no case had been made out for removing the Applicant’s name from the ECL, hence, the said application was dismissed accordingly.

On 23.01.2018, the Complainant, Muhammad Khan, father of the deceased Naqeebullah, sent an application to SHO, Police Station Sachal, and on the basis of that application FIR No. 40/2018 was registered on 23.01.2018. The complainant stated that his son who came to Karachi for work was abducted along with his friends Hazrat Ali and Muhammad Qasim, from Gul Sher Agha Hotel, Chappel Garden, Abdul Hassan Isphani Road, Karachi, at around 3pm on 03.01.2018, by Rao Anwar and 8/9 other police officials. Hazrat Ali and Muhammad Qasim were released on 06.01.2018, however, his son was kept in custody by Rao Anwar. On 17.01.2018 the complainant found out through TV and Newspaper that his son was murdered by Rao Anwar and his associates in fake police encounter.

On 19.01.2018, Initial Inquiry Report was submitted by the Enquiry Committee, constituted by the Inspector General of Police Sindh, to conduct the detailed enquiry into the illegal encounter of Naqeebullah Masood. In continuation of the abovementioned Interim report, the final report was submitted on 25.01.2018. It was stated in the final report that the technical analysis of the CDRs of the Police Officials including Rao Anwar showed that the accused Rao Anwar was present on the scene of encounter or in the vicinity at the time of the encounter. The call history of Accused Rao Anwar also shows that he was in contact with the co-accused persons involved in the illegal encounter, on the of time of incident and one day before the incident.

On 26.01.2018, the statements of witness Hazrat Ali and Muhammad Qasim, were recorded before the Judicial Magistrate under Section 164 Cr.P.C., 1898. According to their statements, they were abducted along with Naqeebullah Masood on 03.01.2018, and were taken to Sachal Police Chowki. From there, they were transported to some unknown location and upon inquiry from the police official, they were told that were being taken to see Rao Anwar. That during the illegal confinement of the witnesses and the deceased Naqeebullah Masood, they were told to close their eyes whenever they hear a knock on the door, as it’s a signal that Rao Anwar has came. The room in which the witnesses and Naqeebullah were locked, opened after 3/4 hours and a man asked them their name and what do they do for living and from where do they belong. Lastly, he asked if they are Mehsud to which they all answered in affirmative. All three of them were brutally torture by Rao Anwar and his team. Hazrat Ali and Muhammad Qasim were released on 06.01.2018 and on 17.01.2018 Hazrat Ali heard the voice of Rao Anwar on Social Media and recognized/identified, that it as the voice of the same person who asked their name, address and caste in the closed room.

On 13.03.2018, Charge Sheet was submitted in the Court and on 27.04.2018 Supplementary Charge Sheet was submitted in the court and it explicitly states that from examination of the statement of the witnesses under Section 161, the memo of examination of place of incident, Forensic Report regarding weapon, Digital evidence, technical report, CDR location and CDs of Interview of accused Rao Anwar received from the media and other circumstantial evidence against Rao Anwar and other accused persons, it is proved that they have committed extra judicial murder of the deceased persons and pronounced the deceased persons to be member of banned organization, while there was no previous criminal record of the deceased persons. Furthermore, the accused Rao Anwar along with other co-accused persons, through media have highlighted false story to cover up their illegal extra judicial encounter and to destroy evidence. The accused Rao Anwar was the head of the team involved in the illegal encounter of deceased Naqeebullah Masood and the encounter took place on his directions.

The JIT, which was constituted by the Supreme Court through its ordered dated: 21.03.2018, also submitted its report before the ATC court. The digital evidence was examined in both the JIT Report and Supplementary Charge Sheet and the presence of accused Rao Anwar at the place incident at 2.55 to 3.21 pm has been established. The analysis of cell phone activity of the accused also prove his presence at the place of incident at 2.43 pm. Furthermore, the examination of Geo Fencing data, also proves presence of Rao Anwar at Super High Way, Sabzi Mandi Chowk on 04, 05, 08, 09 and 13 January 2018.

On 10.07.2018, Bail was granted to Rao Anwar despite all the evidence against him. Therefore, the Transfer Application was filed before Honourable High Court and the Statement was submitted before the Anti-Terrorism Court. It was stated in the Statement that the Complainant has lost confidence in the Anti-Terrorism Court to act fairly and impartially, hence, Transfer Applications have been filed before the High Court for the transfer of the Special Case 323/2018 and Special Case 627/2018 & 628/2018 (arising out of FIR No. 142/2018) to another competent Court of law. It was requested that the case be adjourned until Transfer Applications are decided. However, despite informing the Court that Transfer Applications has been filed and the complainant has no confidence on the Court, the Court still proceeded with the Bail Application in Special Case 627/2018 & 628/2018 (arising out of FIR No. 142/2018) and granted Bail to Rao Anwar on 20.07.2018, which clearly proves that no justice is possible in this court.

The case is pending adjudication

The above-named Petition was filed by Muhammad Khan, father of the deceased Naqeebullah Masood, before the Honourable Sindh High Court, in order to challenge the legality and constitutionality of the Notification No. SO(PRS-I)HD/II-174/2015, dated: 21-04-2018, issued by Home Secretary Sindh, declaring Rao Anwar home as sub-jail. The case was heard by Chief Justice of Sindh High Court on 01.06.2018. The Counsel for Rao Anwar, without receiving any notice, appeared before the court, however the Honourable Chief Justice refused to listen to his contentions. The Notice was issued by the Chief Justice and the case was fixed for hearing.

It has been submitted before the Honourable High Court of Sindh by the Additional Advocate General, Sindh, that vide Notification No. HD/SO(PRS-I)/11-174/2015, dated 22.01.2019, Notification dated: 21.04.2018, whereby Roa Anwar’s home was declared as a sub-jail,  has been cancelled. In view of the same the above-named Petition has been withdrawn by the Petitioner, as recorded in Order dated: 25.01.2019.