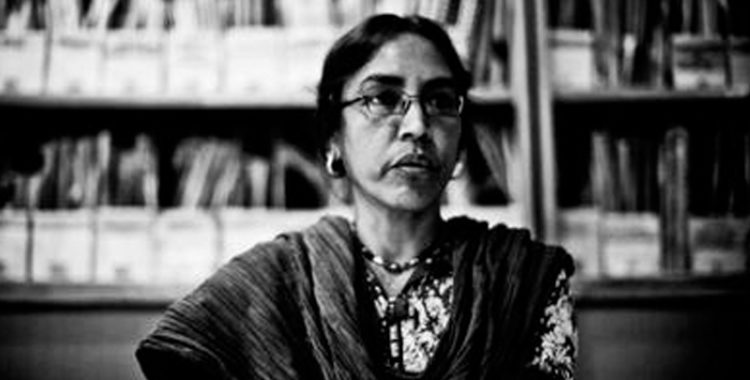 The Constitutional Petition was filed by PILER and numerous NGOs and human rights activists under Article 184(3) of the Constitution, 1973, before the Honourable Supreme Court of Pakistan. The entire case pertains to the brutal target killing, which took place on the 13th of March, 2013, of Ms. Parveen Rehman, who was a renowned social and human rights activist based in the city of Karachi. Ms. Rehman had spent her entire life in the service of humanity and was working as a Director of Orangi Pilot Project during the time when she was brutally murdered. She had done an in-depth study about the lands lying in the fringes of Karachi in the shape of villages/goths, which were being made part of the city due to increase in settlement of families. Ms. Rehman had subsequently uncovered the fact that around 1500 of such villages/goths were forcefully merged into the city due to involvements of various land mafias operating in Karachi. When she raised her voice against these mafias, threats started coming towards her and she was shot dead by gunmen on motorcycles while she was going in the car to her office in Orangi Town. Through the Petition, the Petitioners sought appropriate directions for the constitution of a Commission to investigate the murder of Ms. Parveen Rehman and to ensure that the investigation being done is fair and impartial.

The Honourable Supreme Court initially took into account the grievances of the Petitioners and ordered that accused in this murder case be traced and directed the police authorities to submit a report in this regard. Thereafter, the police claimed that they have arrested a suspect during an encounter who was allegedly involved in the murder of Ms. Rehman but still hadn’t traced the accused. The Supreme Court of Pakistan subsequently ordered that a inquiry be made by Justice Ghulam Mustafa Memon, who later submitted his report and suggested that the case should be re-investigated by some efficient, independent and honest police officer and to this the Petitioners took the view that a Joint Investigation Team be formed and made reference to provisions of Anti-terrorism laws, which may be made applicable to the case. The Honourable Supreme Court was pleased to direct that the case may now be registered under Anti-terrorism laws and that a report be submitted thereafter by the Joint Investigation Team. Thereafter, substantial progress was made in the case when a few suspects arrested revealed that an entire gang was behind this heinous crime and the main accused was finally uncovered namely, Rahim Swati. A report submitted revealed that others allegedly involved included Shaldad, Amjad Afridi and Ayaz Swati. Even after this report till quite some time neither Rahim Swati nor his accomplices could be arrested. The Honourable Supreme Court was informed of this along with the news that Ms Rehman’s sister was now being threatened too. It was till 16.03.2016, that no progress was made regarding the arrests of the suspects, when the Apex Court directed the Inspector General of Police, Sindh, Mr. A.D Khawaja to look into the matter. A special police team was then formed and in May 2016, the Karachi police finally apprehended Rahim Swati during a raid in the Manghopir area. His son Imran Swati was already under police custody. The accused was booked under Penal and Anti-terrorism laws and now awaits the conclusion of his trial while the remaining gang members are yet to be arrested.

The Honourable Supreme Court on 10.10.2017, passed the following order:

On 23.11.2017, the detailed progress report was submitted in Honourable Supreme Court of Pakistan by Additional Prosecutor General, Sindh, in which all the accused persons in the case who have been arrested or have been killed while resisting arrest has been mentioned. Mr. Zulfikar Ali Lark, Deputy Inspector General of Police, West Zone, Karachi, also assured the court that pursuant to the Order dated: 10.10.2017, protection is being provided to all the relevant persons.

The progress report also outlined the efforts made by the police to arrest Ayaz Swati. In the report it has been stated that raids have been conducted at Ayaz Swati residence for his arrest, but information have been received that he has fled to Muscat. Proclamation has been pulished against him under Section 87 & 88 of Criminal Proceedure Code, 1898, and proceedings have been initiated against him under Section 19(10) of the Anti Terrorism Act, 1997. Application for issuance of Red Warrant and placing the name of Ayaz Swati on Exist Control List has also been filed.

On 24.02.2018, JIT was constituted in pursuance of the order of Home Department, Government of Sindh Karachi. On 20.03.2018, in compliance of the order dated 28.02.2018, passed by the Honourable Supreme Court, the JIT submitted its interim report. In the report it was disclosed that on 12.12.2017 Rahim Swati was arrested. The involvement of the Police Officials responsible for initial faulty investigation, linking Qari Bilal to the murder of Parveen Rehman, was discussed in detail. It was stated that the alleged encounter involving Qari Bilal, was in all probability, false, since, the statements of SI Ashfaq Baloch and SI Moeed, did not match with the evidence on ground, as both of them claim that they shot Qari Bilal. Moreover, the claim is also unrealistic as according to their claim he was shot in Peerabad and died in Managopir after driving 3 km. Whereas, according to the information of various sources of JIT members, Qari Bilal was probably killed in an internal dispute between Taliban Factions, and his body was subsequently picked up and claimed as an encounter by the police officials. It was also stated that the circumstances under which Qari Bilal was linked to the murder of Parveen Rehman, does not seem credible. The encounter of Qari Bilal took place after 24 hours of Parveen Rehman murder and the press conference linking Qari Bilal with Parveen Rehman murder was given just after 3 to 4 hours after the encounter. At that time not only had the empties not been matched, but in fact, according to Raja Ulfat the Investigating Officer, the empties had not even been sent to the FSL lab. Raja Ulfat and SI Ashfaq Baloch when asked how they reach the conclusion that Qari Bilal was involved in Parveen Rehman murder, claimed that they were working under the directions of senior officer and pointed to SI Moeed as the driving force behind creating the link. The JIT also asked why it was felt necessary to nominate Qari Bilal as prime suspect. The officers while denying their culpability officially, privately admitted that there was a lot of pressure to solve Parveen Rehman case due to it high profile nature and thus, Qari Bilal killing, just a day after the incident, represented a great achievement for the Police. Hence, JIT members were of the opinion that while the faulty initial investigation did not represent an effort to cover up the tracks of real culprits, it did represent incompetence and lack of professionalism on the part of the lower ranked officers, and command failure on the part of the district SSP in being hasty in declaring Qari Bilal as the prime suspect, out of a desire for personal reward and wanting to wrap up a high profile case quickly.

The JIT also investigated into the reputation and capability of the police officials involved in the initial investigation. The JIT members were of the opinion that SI Moeed having the influence over matters in the district due to his relationship with the then SSP West Asif Ijaz Sheikh, most likely did play a central role in manipulation of evidence, although there is no evidence on the record to prove his involvement.

The Final Report of JIT was also submitted in the court. The report focused on two issues, the motive and the role or fault of SI Moeed and SSP Asif Ijaz Sheikh. SSP Asif Ijaz Sheikh was interviewed by the JIT and he denied the allegation that SI Moeed convinced him to wrongly implicate and link the murder of Parveen Rehman to the killing of TTP leader Qari Bilal. He claimed that the press conference was given in good faith, as he believed that the version of events given to him by his subordinates were correct and the lacunae in initial investigation only came to light later on. Therefore, JIT believe that SI Moeed was the one who maneuvered the case in this direction, out of a desire to finish it off quickly and thus deflect the public pressure that had built up on the police. As far as, the responsibility of the SSP Asif Ijaz Sheikh, is concerned, the JIT while accepting his statement that he did not deliberately subvert the investigation, is of the view that there was a failure of command on his part.

The JIT in its final report considered three theories behind a possible wider motive to the murder. Firstly, it was either the work of the Pakistani Taliban or other Jihadi element, who were opposed to Parveen Rehman and the OPP’s progressive vision on an ideological basis. Secondly, her killing was retribution for her exposing the work of the water and hydrant mafia in the city. Thirdly, organized crime groups that were involved in land grabbing in the city had Parveen Rehman killed because of her support of and efforts to help Goth residents to secure their rights, had interfered with the criminal enterprises of these groups. The JIT members were of the opinion that the motive behind the murder was the last one, as Pakistani Taliban generally takes responsibility for their actions and water and hydrant mafia were exposed in 2008, so why would they have her killed after four years.

The petition is pending adjudication.