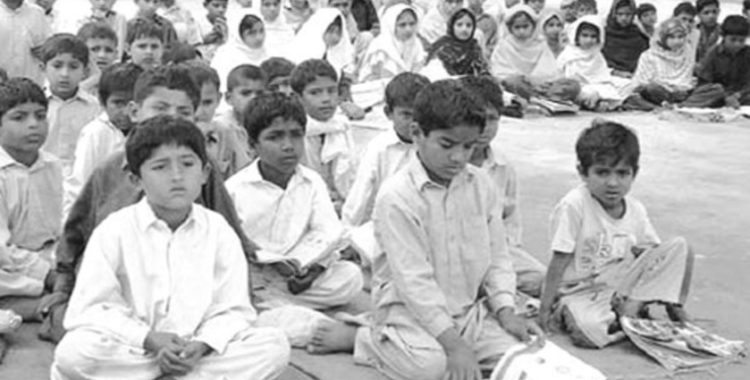 The subject-matter of this case is in relation to the series of events contributing to the outbreak of HIV/AIDS in Larkana in specific and Sindh in general, due to the negligence and actions/inactions of the Department of Health, Government of Sindh, in relation to the implementation of Sindh HIV and AIDS Control Treatment and Protection Act, 2013.Acquired immunodeficiency syndrome (AIDS) is a chronic, life-threatening condition caused by the Human Immunodeficiency Virus (HIV). HIV, if untreated, develops into AIDS in an average of 10 years.  It threatens the societal fabric, health systems and socio-economic progress of many populations across the globe. It has been submitted that globally, 36.9 million persons, including 1.8 million children are HIV positive while 25% are not aware of their diagnoses. It can be caused through sexual intercourse, sharing injection needles, blood transfusion or from mother to child through pregnancy or breastfeeding, therefore, HIV/AIDS is a ticking time bomb for the entire health system, the social fabric and the economy of Sindh, in specific and Pakistan, in general. The World Health Organization [hereinafter referred to as ‘WHO’] recognized the scale and gravity of this epidemic as early as 1988. It is submitted that the scale of this epidemic can be gleaned from the fact that, globally, 36.9 million persons, including 1.8 million children, are HIV positive. Moreover, when AIDS occurs, the immune system is severely damaged, and slowly eats away the affected person’s body. Moreover, HIV positive persons are many times more susceptible to develop opportunistic co-infections or opportunistic cancers, including but not limited to Tuberculosis (TB), Hepatitis B and C, Cytomegalovirus, Candidiasis, Cryptococcal meningitis, Toxoplasmosis, Cryptosporidiosis, Kaposi’s sarcoma, Lymphoma, Wasting syndrome, Neurological complications, Kidney disease. According to the WHO, only 15% of the Pakistani population that is HIV positive is aware of their diagnoses and only 8% of the HIV positive population has access to Antiretroviral drugs and the consequences will be disastrous for the entire country if not curtailed and treated.To address the crisis that would result from an HIV/AIDS outbreak, on 30th of October, 2013, the Sindh HIV and AIDS Control Treatment and Protection Act, 2013, was promulgated to control the transmission of HIV and AIDS and to undertake measures for the treatment, care and support for persons living with HIV and AIDS and to provide for matters ancillary thereto in the Province of Sindh. As per Section 4(1) of the Act, 2013, the Government of Sindh was supposed to establish a Sindh Aids Commission, by Official Gazette notification, within 15 days from the date of promulgation of the 2013 Act. Under Section 4(2)(a) of the Act, 2013, the Working Body will be responsible for undertaking and implementing HIV and AIDS related projects in the Province of Sindh that fulfill the objectives of this Act. Under Section 4(3) of the Act, 2013, the Working Body shall comprise of (a) two persons representing Non-governmental organizations working in the field of HIV and AIDS, one of whom shall be from Injecting Drug Users (IDI) and other from the Most at Risk High Group on basis of integrated behavioral and biological surveillance; (b) two medical practitioners working in the field of HIV and AIDS, on from public sector and other from private sector; (c) one lawyer with experience in HIV and AIDS; (d) one person representing non-governmental organizations working with social issues to be nominated by Government; (e) three members of Most at Risk Community, one of whom shall be a woman; (f) one retired member of the law enforcement agencies or a retired Judge; (g) Provincial Program Manager, Sindh AIDS Control Program. Moreover, under Section 4(4), the Governing Body shall comprise of five eminent Members to be nominated by the Government. Under Section 6 of the Act, 2013, various functions of the Commission have been laid down which gives Commission the powers to meet the objectives of the Act, 2013. However, despite the lapse of six years, the Government of Sindh, has failed to establish a Sindh Aids Commission till date.

The outbreak of HIV/AIDS was first reported in Larkana on 25.04.2019. It is essential to note that in the last 18 years, the city has experienced at least two other outbreaks, first, in 2003, the virus was detected in 100 imprisoned persons, second, in 2016, 30 patients receiving dialysis at Chandka Medical Hospital in Larkana were found to have HIV/AIDS.  The present outbreak in Larkana is the largest scale yet, where HIV/AIDS has been detected in over 600 persons, More than 80% of those infected are children less than 15 years old. However, despite repeated outbreaks of this chronic, life-threatening condition i.e. HIV/AIDS in the previous years, and despite the promulgation of the aforementioned Act, 2013, Department of Health, Government of Sindh has miserably failed to constitute a Commission in order to control the transmission of HIV/AIDS and to fulfill the objectives of the Act, 2013, till date.

In response to the above mentioned matter, a petition has been filed to seek an immediate response to the present health emergency, including but not limited to, the enforcement of the Act, 2013, by the Respondents, such that a Sindh AIDS Commission is established in accordance with Section 4 of the Act, 2013. Most importantly, this Petition has been filed to seek enforcement of the fundamental rights as guaranteed under the Constitution.

In the judgement dated 17.09.2019, Justice Mohammed Ali Mazhar had enforced an order passed by this Honourable Court earlier whereby, the Government of Sindh has constituted a Commission for Sindh HIV/AIDS control treatment and protection with immediate effect comprising of governing and working bodily members. Since the Order has been complied with, this petition has been disposed off accordingly.