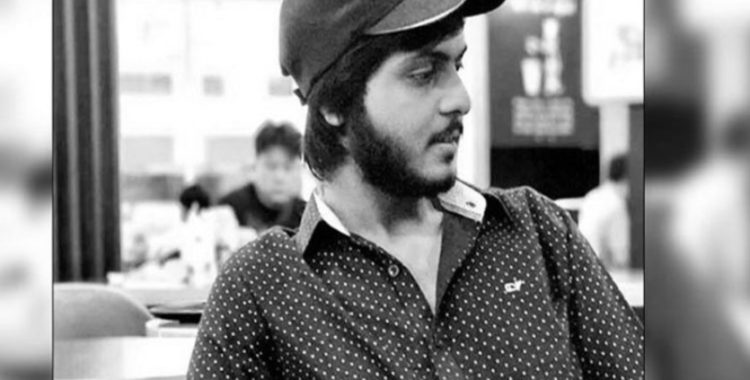 On 13.01.2018, at 11:55 pm, the statement of the Complainant Ishtiaq Ahmed was recorded at Police Station Darakhshan, which was later incorporated in the FIR No. 16/2018, filed at 12:30 am on 14.01.2018. The complainant stated that his son Intezar Ahmed, aged about 19 years, studying in Malaysia, returned to Pakistan on 29.11.2018. On 13.01.2018, at about 5:30 pm, deceased, Intezar Ahmed, son of the complainant, went to see his friends in Defence in a car, make Toyota Grandy, bearing No. BLE-254. At around 8 pm the complainant was informed by a neighbor named Fahad, that Intezar Ahmed has been shot and shifted to Jinnah Hospital Karachi. On receiving such information the Complainant along with his other relatives reached Jinnah Hospital, where doctors informed him that his son, Intezar Ahmed has died due to the bullet injury on head. On further inquiry the Complainant came to know that at 7:15 pm, at Lane-5, Cattle Line Bukhari Commercial, Phase VI, DHA, Karachi, some unknown assailants fired upon his son for unknown motives, due to which his son died.

Upon receiving the information of the incident the Police party rushed to the place of incident and recovered 18 empties (bullet casings) of 9mm and one slug. Before the registration of the case, SHO of Anti Car Lifting Cell (ACLC) Inspector Tariq Mehmood, came to Police Station Darakshan and informed that the incident took place during the vehicle checking and the firing was conducted by ACLC officials. He nominated HC Shahid, PC Ghulam Abbas, PC Fawwad Khan, PC Bilal, and PC Muhammad Daniyal. However, the police failed to register the case on complaint of SHO ACLC and preferred to the file the case on the complaint of Ishtiaq Ahmed against unknown accused.

However, later on the Police arrested Inspector Tariq Mahmood, Inspector Azhar Hussain, HC Shahid Hussain, HC Ghulam Abbas, PC Fawwad Khan, PC Ghulam Abbas, PC Bilal Rasheed and PC Muhammad Daniyal. Whereas, Inspector Tariq Raheem joined investigation after obtaining Pre-Arrest Bail. During the investigation eight 9mm pistols were recovered from the accused persons and were sent to the Forensic Lab along with the 18 empties (bullet casings) of 9mm pistol recovered from the place of incident. The Forensic examination/analysis revealed that 6 crime empties were fired from Pistol recovered from accused Muhammad Daniyal and 12 crime empties were fired from Pistol recovered from Bilal Rasheed.

On 15.12.2018, the video footage of the incident was obtained and the DVR was also seized. The CCTV footage clearly showed the whole incident. On 12.02.2018, the Home Department Government of Sindh constituted the JIT headed by Add IGP CTD, and representatives of Police, ISI, IB, Rangers, Special Branch and MI, to submit an Investigation Report.

The JIT members viewed CCTV footage of the incident in detail. It showed that Intezar’s car was intercepted/blocked from the front by unmarked vehicle of ACLC. Another car followed him from the rear and stopped adjacent to his car. Two ACLC officials in plainclothes riding a bike approached him from behind/passenger’s side and an ACLC official on another motorcycle approach him from the driver side. However, they did not open the door or search the vehicle. The footage showed that the ACLC officers in 2 cars and two motorcycles started retreating. In the meanwhile, Intezar started to reverse the car and tried to maneuver towards Khayaban-e-Ittihad, it was then that the ACLC party rushed towards the car. The footage showed that ACLC officials Bilal and Daniyal started firing on the car in an attempt to stop it. All ACLC officials were in plainclothes, and all their vehicles were unmarked. The footage also showed that all ACLC officials fled the crime scene immediately after firing.

On 25.10.2021, the Learned Anti-Terrorism Court convicted eight out of nine accused persons for causing death of deceased Intezar Ahmed. PC Bilal and PC Daniyal, who fired on Intezar’s car were sentenced to death and fine of Rs. 250,000 each, whereas, Tariq Mehmood, Tariq Raheem, Azhar Ahsan, Shahid Usman, PC Ghulam Abbas and Fawad Khan were sentenced to life imprisonment and fine of Rs. 300,000. However, HC Ghulam Abbas was acquitted of all charges as he was not even present at the place of incident.