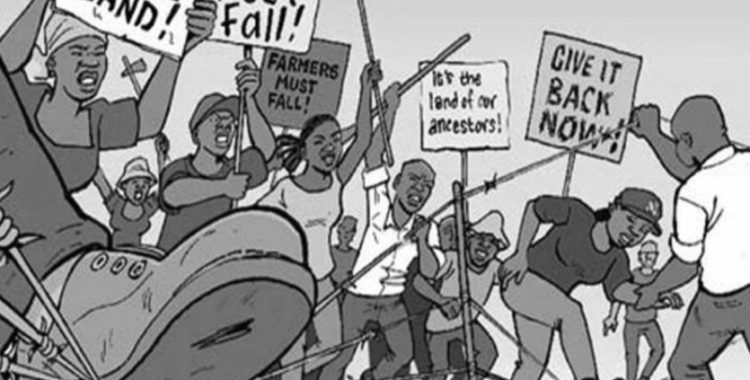 The Constitutional Petition was filed by numerous conscientious members of the civil society, under Article 184(3) of the Constitution, 1973, before the Honourable Supreme Court of Pakistan. The petition raises the immensely important question of feudalism and land reforms in Pakistan, in context of electoral process.

The existing feudal land owning system in Pakistan, makes the current election process largely meaningless, as election process is suppose to entitle people to freely choose their representative. This is especially true for rural constituencies where the landlord’s reign is supreme. The land owning system not only impede free vote, it actually ensure that no one in a rural constituency can begin to consider contesting elections unless his/her social and political influence matches that of the land owner.

In light of this, the relief relating to electoral campaign will be of little benefit without the land reforms. The land owning system is fundamentally inhuman and exploitative, and it is not only just desirable, but also necessary and absolutely according to the mandate of the Constitution that it should be abolished. The right to elect and choose ones representative is the essence of representative democracy and such a democracy cannot even begins to be perceived if it is clogged by artificial hurdles such as those placed on the electoral system by the very existence of the land owning system in Pakistan.

This petition has been filed to challenge the Judgment in appeal (PLD 1990 SC 99), through which the land reforms sought by implementation of MLR 115 of 1972 (“Regulations”) and the Land Reforms Act 1977, were, in large part, declared unislamic. The appeal was wrongly decided on merits, but more importantly, on an erroneous assumption of jurisdiction. The decision requires reconsideration, inter alia, for the reason that it has affected Article 17 and Article 51 of the Constitution, renders Article 24(3)(f) and Article 253(1) redundant and nugatory and affected the jurisdiction of this Honourable Court.

On 30.09.2013, the Honourable Supreme Court, viewing the importance of the issue, directed its office to prepare a publication and publish it in newspaper to give general public the notice of the proceedings of the case. The court relisted the case after two weeks so that the interested persons could come forward and hearing could be commenced in their presence.

In view of the above the Pakistan Institute of Labour Education and Research (‘PILER’) filed an Intervenor application to become a party to the proceedings.

The petition is pending adjudication before the Honorable Supreme Court of Pakistan.