Petition Seeking Enforcement of The Right To Electricity 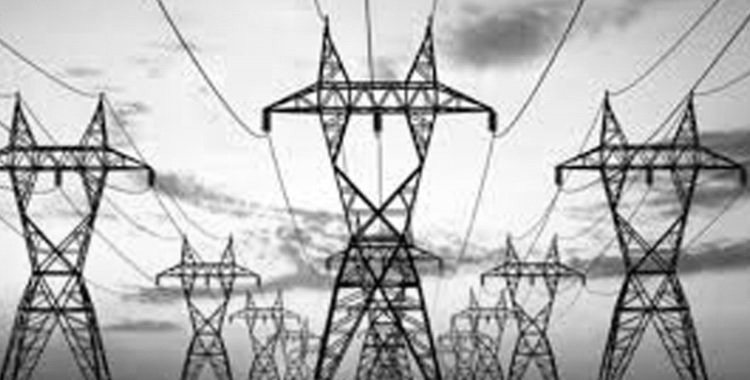 Petition Seeking Enforcement of The Right To Electricity

CP No. 3885 of 2015 [Shahzad Roy and Others Versus Federation of Pakistan and Others]

The Petition was filed by individuals/activists and Non-Governmental Organizations before the High Court of Sindh, at Karachi, in relation to a huge number of deaths during the onslaught of heat wave in Karachi, Sindh, in the year 2015. About 1000 people, mostly residents of Karachi died of dehydration and heat stroke and over 40,000 people were injured. The high death toll from the heat wave was a result of widespread failures of the electrical grid and lack of vigilance of civil authorities to address the emergency. The Petitioners sought the Court’s intervention to declare the right to electricity as a fundamental right, conduct an inquiry into the role of various departments, regulatory authority (NEPRA) and K-Electric in relation to the lack of supply of electricity and/or load-shedding during the heat wave.

During the pendency of the said Petition, the regulatory authority i.e. NEPRA issued a Show Cause Notice to K-Electric. On the basis of the proceedings initiated on the said Show Cause Notice, NEPRA gave its final decision on 25th March, 2016, and imposed a fine of Rs 10 million on K-Electric for failure to provide uninterrupted electric power services to its consumers and deliberate under-utilization of its generation capacity. NEPRA also ordered K-Electric to halt discriminatory load shedding. In April, 2016, a comprehensive Heat Wave Emergency Plan 2016 was also submitted before the Sindh High Court by the provincial and local government authorities during the hearing.

Note: PILER was not a party to the case but this case was initiated and pursued with the help of PILER.
It is important to note that Suit No. 1453 of 2016 [‘K-Electric Limited Versus Federation of Pakistan and Others’] was filed by K-Electric challenging NEPRA’s abovementioned Show Cause Notice. PILER had filed Intervener Application in the said Suit to bring relevant facts which were unearthed during the proceedings of aforementioned CP No. 3885 of 2015 (particularly regarding NEPRA’s Order) on record. In view of such facts, the Suit was unconditionally withdrawn by K-Electric through Order dated: 06-05-2016.

Suit No. 773 of 2017 [K-Electric Limited Versus Federation of Pakistan and Other]

Note: Before dilating on the controversy involved in this matter it is important to give background of the mechanics of determination of tariff of K-Electric, which is set by National Electric Power Regulatory Authority (NEPRA) on a quarterly basis.The guidelines provided for the fixation of tariff are provided under the NEPRA Act, 1997, which aims to protect the interests of both companies and consumers.

The aforementioned Suit was filed by K-Electric, inter alia, seeking a permanent injunction restraining the Defendants from taking any steps towards the implementation of the Determination of Multiyear Tariff dated: 20th March, 2017. As per K-Electric the tariff determination did not allow the Plaintiff to recover all costs prudently incurred to meet the demonstrated needs of its consumers and in particular, lowered the baseline of its tariff without lawful justification.

PILER and other non-governmental organisations and several conscientious members of the civil society filed an Intervenor Application in order to be impleaded as Defendants in the aforementioned Suit in public interest on behalf of all those whose welfare and economic efficiency is dependent upon the performance of K-Electric.

On 28.09.2017, the counsel for NEPRA informed the court that the review application has been heard but the decision has not been announced by NEPRA because two members were out of Country. The counsel requested for three weeks’ time, so that after convening the Board Meeting the order may be passed.

On 25.10.2017, the Honourable High Court of Sindh, dismissed/disposed off the suit on the ground that since, K-Electric review application has been decided, this suit has served its purpose. However, they were given seven days to challenge NEPRA’s decision on review application, if they want, in accordance with whatever remedy is available to them under the law.

The suit is disposed off

The Petition has been filed before the High Court of Sindh to seek inquiry and probe into the acts of and issues revolving around K-Electric, through the appointment of an independent Judicial Commission. These issues include (i) Over billing its customers over the past few years by K-Electric amounting to Rs.62 Billion this is obvious from the fact that the Secretary, ‘Ministry of Water and Power wrote a letter to NEPRA stating that it has been noted by it that K-Electric consumers have been made to pay at least Rs. 62 Billion in the past few years, which violates the general policy and guidelines relating to tariff determination and has resulted in “windfall profits” for K- Electric.; (ii) Unpaid dues and payables of K-Electric with regard to various federal government and entities; (iii) Non-implementation of ‘Time of Use-TOU’ metering/billing facility; (iv) NEPRA’s failure to resolve a number of disputes by prior to transfer of indirect shareholding and control in K-Electric to Shanghai Electric Power Co. (the potential acquirer of shareholding in K-Electric), including but not limited to, non-disclosure of the aforementioned transfer agreement. Further, the Federal Government has also acknowledged the failure of NEPRA to resolve the aforementioned issues, reflecting its lack of confidence in the performance of NEPRA and reportedly both the Federal and Provincial Government are in dispute with NEPRA.

In view of the contentions raised in the aforementioned Petition, the Honourable High Court, through Order dated: 21-03-2017 has issued notice to the Respondents in the said Petition and K-Electric has also been directed to place on record the Sale and Purchase Agreement with Shanghai Electric Power Co.

The said Petition is pending adjudication before the High Court of Sindh.

1. Memo of Constitutional Petition
2. Copy of the Secretary, Ministry of Water and Power’s letter to NEPRA

The Petition was filed before the High Court of Sindh, at Karachi, to seek implementation of the Decision dated: 25th March, 2016, passed on the basis of Show Cause Notice issued to K-Electric (i.e. the sole vertically integrated electricity generator, transmitter and distributor in Karachi) in relation to its negligence in the provision of electricity that resulted in huge number of deaths during the onslaught of heat wave in 2015. The Petition was disposed of in the following terms:

The Contempt Application was filed against CEO K-Electric and Chairman NEPRA, which was heard by the Division Bench of Honourable High Court of Sindh, on 22.05.2018. Notice was issued to the above mentioned contemnors, asking for report on compliance of earlier High Court Order dated: 29.05.2017, which directed K-Electric not to underutilize their capacity and implement their maintenance plan. In compliance of the Honourable High Court of Sindh, Order dated: 22.05.2018, NEPRA submitted the Show Cause Notice issued to K-Electic on 14.03.2018 and the letter seeking explanation from K-Electric dated: 18.04.2018, for under utilization of its generation capacity. K-Eclectric also submitted its reply to the Show Cause Notice and the letter seeking explanation, before the Honourable Court.

The Contempt Application is pending adjudication.

HRC No. 20883 of 2018 [In the matter regarding excessive and unannounced load shedding in Sindh]

On 09.05.2018, the Honourable Supreme Court took the Suo Moto Action on the excessive and unannounced load shedding in the province of Sindh.

The C.E.O., HESCO and SEPCO, were also present before the court and provide information on load shedding. The Honourable Court noticed that the load shedding program is founded upon the losses. However, they have failed to provide any satisfactory reason as to why these losses have not been brought down, who are the people responsible and what action have been taken and what steps are further envisaged in this regards. The Honourable Court directed them to provide a complete detail supported by necessary documents, in this regards and also warn them that if the programme submitted by them found to be inaccurate, deficient or unreasonable, appropriate orders will be passed against them.

On 30.05.2018 the Intervenor Application was filed before the Honourable Supreme Court on behalf of the several conscientious member of the civil society. The applicants have been previously pursuing litigation against K-Electric in Sindh High Court and the present application was filed to bring on record that the NEPRA and K-Electric have deliberately concealed NEPRA Press Release dated 17.04.2018, through which NEPRA has revealed the major reasons behind the excessive and unannounced load shedding in Karachi. The reasons are as followed:

The aforementioned facts clearly show that the electricity crisis in Karachi is not due to unforeseeable circumstances or force majeure but has been deliberately created by K-Electric due to its own negligence and failure as a generator and supplier of electricity power.

NEPRA also submitted its report in compliance of Supreme Court order. NEPRA previously constituted a five member committee to visit K-Electric, to find out the reason behind excessive and unplanned load shedding. Based on the committee’s report, an Explanation was issued to K-Electric on April 18, 2018, on account of following reasons:

On 21.06.2018, the CEO of HESCO informed the Honourable Court that there is zero load shedding in the city of Hyderabad. The Court directed to issue notice to SEPCO as no one appeared on its behalf. The Counsel for K-Electric seek time for filing reply to the objections raised by NEPRA in its report and to submit proper plan with the time frame as to how and within what period the issue of load shedding could be resolved in the area falling within the supply of K-Electric.

The case is pending adjudication.