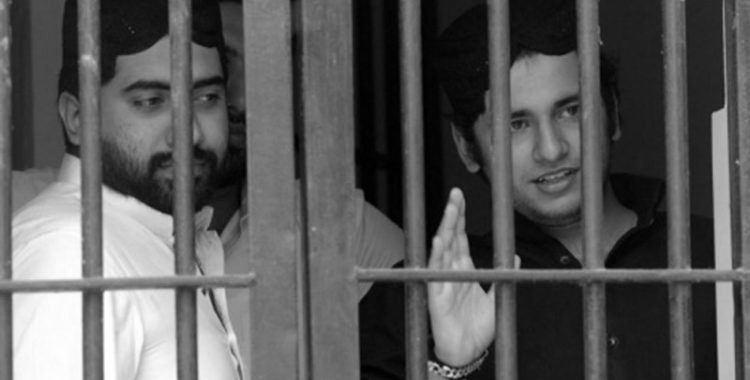 These Criminal Appeals were filed by several conscientious member of the civil society under Article 185(3) of the Constitution, 1973, before the Honourable Supreme Court of Pakistan. The entire case pertains to the brutal murder of Shahzeb Khan, which resulted in striking terror and created fear, panic, sensation, helplessness and insecurity amongst the people residing in that area and the public in general.

On 25-12-2012 Shahzeb Khan’s father lodged FIR against the accused persons, however, Shahrukh Jatoi, belonging to an influential family, escaped away from Pakistan in order to avoid being arrested. It is pertinent to mention that after the gruesome murder of Shahzeb Khan, hundreds of people came out on the streets demanding justice for him on the ground that the same could have happened with their children. Thereafter, the Honourable Supreme Court took Suo Motu Notice of the murder and pursuant to various Orders passed in Constitution Petition No.1 of 2013, Shahrukh Jatoi was brought back and arrested.

“…We, therefore, hold that act of accused Shah Rukh Jatoi created sense of helplessness and insecurity amongst the people of Defence/Clifton area, where offence was committed and did destabilize the public at large. As such, provisions of section 6 of the Anti-Terrorism Act, 1997 are fully attracted in this case. Therefore, present case would fall within the jurisdiction of Anti-Terrorism Court…”

In the meanwhile the trial was commenced and proceeded with by the Learned Anti-Terrorism Court. It is important to mention here that, apart from other witnesses and evidence, there were two eye witnesses to the unfortunate and gruesome murder of Shahzeb Khan. Therefore, as there was overwhelming evidence against all the accused persons, the Learned Anti-Terrorism Court, vide Judgment dated: 07-06-2013, convicted and sentenced, inter alia, Shahrukh Jatoi and Siraj Ali to death and Sajjad Ali and Ghulam Murtaza Lashari to life imprisonment.

On 28.11.2017, the Honourable High Court of Sindh passed a six pages judgment, setting aside the convictions and sentences, including death sentences and life imprisonments, of all the accused persons, given by the Anti-Terrorism Court No.III, Karachi, on the ground that the case did not come within the jurisdiction of the Anti-Terrorism Act, 1997, and was triable by the ordinary Court/Session Court and as a consequence, set aside the convictions and sentences and remanded the case back to the relevant Sessions Court for denovo trial including the consideration of the Compromise Application filed by the accused and the legal heirs of the Deceased Person.

A Human Rights Complaint and Criminal Appeals were also filed in Honourable Supreme Court, on behalf of members of the civil society, for the following reasons:

That the Honourable Sindh High Court in the Judgment dated: 28.11.2017, has erred in placing reliance on the judgment reported as ‘Waris Ali and 5 others versus the State’ (2017 SCMR 2572), as the abovementioned judgment is clearly inapplicable and not relevant.The case of Waris Ali can clearly be distinguished from Shahrukh Jatoi case on the ground that in the case before the Sindh High Court the issue of jurisdiction was already decided by the Divisional Bench of the same Court in the same case, which was not the legal position in the Wris Ali case. Secondly, the Waris Ali case simply lays down the proposition that mere cases of personal motive with no terrorising effect do not come within the jurisdiction of the Anti-Terrorism Act, 1997.

The Honourable Supreme Court, converted these Appeals into a Suo Motu Case under Article 184(3), to address the issue of locus standi of the Appellants (members of civil society) in the Appeals. This Honourable Court, through its Judgement dated 01/02/2018,  set aside the impugned order of the Honourable High Court of Sindh, dated 28/11/2017, and all the post-remand proceedings of the trial court were set at naught and reversed. It also observed that trial of the case was to be conducted in terms of the Anti-Terrorism Act, 1997 and the Anti-Terrorism Court was to proceed with the trial independently.