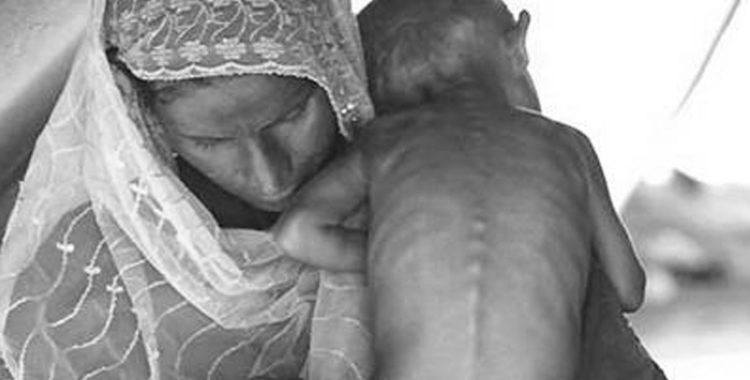 The reason why the aforementioned Petition was filed was that in the year 2014, over 200 people in Tharparkar and neighboring areas of Sindh died during the onslaught of drought, which exposed the negligence of the Provincial Government that failed to ensure provision of food and basic health facilities within the drought hit areas. By filing the said Petition, PILER and other Petitioners sought justice and enforcement of fundamental rights for the victims, the survivors and their families. The Petitioners sought directions against the Provincial Government to conduct an investigation into the ongoing Tharparkar tragedy, assign responsibility and criminal liability, pay compensation to the affected families and establish a Commission to monitor the Sindh Government’s constitutional obligation to implement the right to food of the citizens and persons living in Sindh.

During the course of litigation, the following reports were submitted before the Honourable Court:

The Honourable High Court of Sindh, disposed of the petition, vide its Order dated 17.03.2016.

HRC No. 8991-S of 2017 [In the matter of death of 5 more infants at Civil Hospital in Mithi due to Malnutrition and diseases]

On 07.03.2018, the Honourable Supreme Court showed its dissatisfaction with the reports filed by Secretary Health, Sindh, about the causes of death of five infants in Civil Hospital Mithi, as the general reasons were provided therein.

On 31.03.2018, the Honourable Supreme Court Ordered that the Reports submitted by the Sindh Government about the cause of death of infants in Mithi and Nawab Shah be sent to Mr. Hans Kedzierski, CEO, Aga Khan University Hospital, Karachi, who shall constitute a team of experts for the purpose of inquiry, taking into account all aspects of the matter. The report shall be submitted within one month answering the question whether the death of the infants has taken place on account of the causes mentioned in the report of the Sindh Government or otherwise.

The Intervenor Application was filed on behalf of Pakistan Institute of Labour Education & Research (PILER) before the Honourable Supreme Court to implead PILER as Respondent in this case, as PILER had previously filed a Constitution Petition in Sindh High Court against Sindh Government for failing to ensure the fundamental rights of the people of Tharparkar who suffered immensely, at the cost of their lives and health, due to the negligence of the Federation and Province in failing to ensure provision of resources and food during the drought and famine.

On 12.05.2018, Aga Khan University Hospital submitted two reports as per the previous Order of the Supreme Court. The first report was on the death of infants at Civil Hospital in Mithi due to Malnutrition and the other one was on the death of children due to Measles vaccination. The Honourable Supreme Court also allowed PILER Intervenor Application and impleaded it as a party in the present case.

By its Order dated: 01.09.2018, the Honourable Supreme Court of Pakistan directed the Additional Chief Secretary Health, Sindh, to submit a detailed report as to the progress of making functional the Drug Testing Laboratory

The report of the Commission constituted vide Order dated: 20.06.2018 was submitted to the Court and direction was given to the Government of Sindh and the Health Department of Sindh to file comments on the same within a period of one week. Further, directions were issued to the Government of Sindh and the Additional Chief Secretary Health to hold a meeting with the fathers of the minors in order to consider their grievances and to submit a report of the same with the Court

In its order dated 27.12.2018, the Honorable Supreme Court of Pakistan took note of the grave situation faced by the people of Thar, particularly in the areas of health, education and food. The Supreme Court of Pakistan directed the Sindh Government to immediately set up Thar Development Authority (TDA) with the mandate to draft and implement development policies for Thar.

Further, it was pleased to constitute an independent monitoring system that would ensure implementation of policies and conscientious use of the funds available to the government and to the aforementioned TDA. A committee has duly been constituted by the Honorable Supreme Court and has mandated the said Committee to arrange monthly visits or obtain monthly reports regarding the implementation of various initiatives and projects dealing with public health, education and nutrition in Thar. The members of this Committee are: A representative of the Sindh Government; District and Sessions Judge Tharparkar; Dr. Tipu Sultan; and, Dr. Sono Khanghrani.

The said Committee is required to send reports for action to the Sindh Government and file a consolidated report to the Supreme Court of Pakistan, every three months, for perusal in Chambers.

The Committee has submitted its first report to the Honorable Supreme Court.